How To Immigrate To Canada

Immigration to Canada is a complicated process, but quite feasible. How to immigrate to Canada in  ?

Probably one of the most frequently asked questions. This article will provide you the answer to this question in as much detail as possible, and will describe the main programs for immigration to Canada and other options you have in 2021 to receive the residence status and citizenship of Canada. 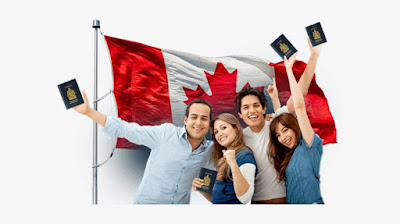 In January 2015, Canada launched one of the most advanced immigration systems called Express Entry.

The purpose of the system is a more efficient and faster selection of highly skilled immigrants through the so-called pool.

Express Entry is built on the Comprehensive Ranking System (CRS), which assesses the candidate based on information in its profile. Scores are based on the following factors:
Skills and work experience;
Education (including new rules for education in Canada);
Knowledge of English and/or French;
Language skills and education of the applicant’s spouse or common-law partner;
A job offer is supported by a positive labor market impact assessment (LMIA);
Presence of a government provincial program for permanent residence;
Certain combinations of language skills, education and work experience, which lead to a higher probability of employment for the applicant.
Today, the most popular and expensive way to immigrate to Canada, the essence of the program is simple, you get an education from a Canadian educational institution, having paid everything from your pocket (the price of annual tuition varies from $ 16 000 to $ 40 000 a year), after receiving an education you obtain a work permit and through subsequent work experience in the specialty that you graduated from in Canada you can get residence status and later citizenship of Canada.
If you are the specialist that Canada needs, then you have good chances to immigrate to Canada, but again, just being a specialist is not enough.

You will need to provide a confirmed, notarized and duly translated work experience, a confirmed, notarized and duly translated diploma in the specialty, pass the English language test to the required level, provide data on the property, a certificate of good conduct, pass a medical examination, and most importantly – submit a job offer from a Canadian employer.

If all this is in your hands, then you have excellent chances for immigration to Canada.

As the previous program, this one is not so simple too. If speaking briefly, you need to find an employer and work for it for 2-3 years.

An advantage in the search for a babysitter or caregiver is the possession of a driver’s license.
Roughly speaking, you can simply buy the Canadian residence status for a minimum investment of $ 200 000 ($ 800 000 for the province of Quebec).

There’s nothing more to say, the decision is yours.
Perhaps one of the most popular queries in Google, relating to many countries. As for Canada, it is not enough just to get marriage for immigration to Canada.

The process can last many years, and the sponsor will be financially responsible for you for 3 years after you obtained the residence status.

There must be a level of trust. That’s not all, your marriage is likely to be tested for suitability, and this includes a lot of questions, for sure, if you read about these programs, you know the details. You can be called for an interview.

The interview can be with you and your sponsor or without him/her. You will be asked a lot of questions to make sure that the relationship is real.

Canada also has the right to request information about correspondence, calling, photos, and so on.

In general, the process is not easy and you will fritter away a lot of energy and nerve.
So think twice if you decide to enter Canada in a similar way. Same-sex marriage in Canada is legal.
Thees seance of the program – the creation of jobs for Canadians.

If you have an idea and a suitable business plan that satisfies the Canadian government, then you are welcome.

Three basic requirements: to have $ 300 000 of the net worth of personal property and business property, hire at least one Canadian, and conduct business for at least three years in this area.

There are certain benefits for farmers.
There is a theoretical chance that after arriving in Canada without visa, you can directly ask for refugee status at the border. It is advisable to have with you the appropriate forms.

If they are not with you, then it will be possible to fill everything in place, after which the immigration officer will conduct an interrogation.

If you can convince an officer during the interrogation that certain serious circumstances have forced you to flee from your country, then you can be given the green light for immigration to Canada.
The AIPP is one of the easiest immigration programs in the world (respectively, the easiest way to immigration to Canada), with simplified requirements for almost every indicator: language, education, work experience.

The goal of this program is to settle the Atlantic part of Canada and solve the problem of labor shortages in the four Atlantic provinces of Canada (Nova Scotia, New Brunswick, Newfoundland and Labrador and Prince Edward Island).

The most difficult part of this program is finding an employer, but recently each of the provinces published a list of employers through which you can immigrate under this program.
On January 25, the Government of Canada announced a new immigration program, Rural and Northern Immigration Pilot, which aims to attract qualified foreign workers to rural and northern communities in Canada.

The program involves cities with a population of 50 000 people or less or located at least 75 kilometers from the metropolis, where 100 000 people and more live.

At the moment, there is a collection of applications from cities until March 1, so stay tuned.
Final Outcomes:

These are the ten main options to immigration to Canada in 2020. The Canadian government also announced that it is actively working on a new option for Start-up businesses in areas that are attractive to Canada, so don’t miss the news.
⏩


Continue Reading "How To Immigrate To Canada " on the next page To See More!