The Minister of Manpower, Mohamed Saafan, the Labor Representation Office of the Ministry of Manpower, was assigned to the Egyptian Consulate in Milan, Italy, to prepare a guide for young people residing in Egypt who want to work, as well as the Egyptian community in Italy, how to apply for a seasonal work contract. 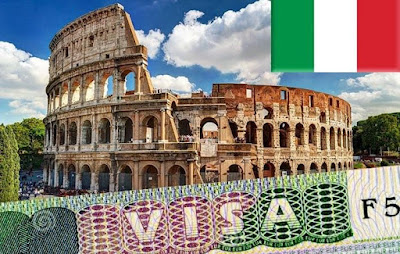 This came after many inquiries through various means of communication from the Egyptian community in Italy, as well as young people residing in Egypt, about how to apply for a seasonal contract.

The Ministry received evidence to respond to any inquiries from young people wishing to work in Italy, and it was also placed on the instruction board of the Egyptian Consulate in Milan.

Izzat Omran, the labor advisor in Italy, explained that after the passage of the seasonal employment law "Filossi" 2019 in Italy, the worker residing in Egypt can obtain a seasonal work, by looking for an employer "who does not require nationality" to have a company working in Italy in the field of agriculture Or tourist restaurants, with documents indicating the correctness of its legal position.

The employer - not the worker - records the data of his company, and the data of the worker on the website of the Italian Ministry of Interior, and the response of the Italian Ministry of Interior is awaited by agreeing to the request, and after the response arrives, the worker goes to the Italian embassy or consulate in Egypt to obtain the so-called "Nola" Oste ", and begins the procedures for reservation and travel to Italy, and after his arrival, he gets a seasonal work contract with a period ranging from 3 to 9 months and a stay of the same duration of the contract.

The guide confirms that in the event that there is no response from the Italian Ministry of the Interior to the Egyptian worker’s request until December 31, 2019, this means that the request is not approved, either because of the completion of the required number, or because the business owner is not serious, or his company is illegal.
Next article Next Post
Previous article Previous Post